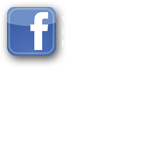 SIRE OF OFFSPRING WITH
EARNINGS UP TO $6.8 MILLION.

He’s the perfect cross on all HIGH BROW CAT, SMOOTH AS A CAT, STARLIGHT,  PEPTOBOONSMAL, SMART LITTLE LENA, PLAYBOY, and most other bloodlines!

Inquiries or to request a contract:

Im Countin Checks finished second in the 2008 NCHA Horse of the Year race.

Im Countin Checks, will stay through the breeding season at ESMS on the Brazos in Weatherford, Texas, according to Tommy Manion, father and business partner of the horse’s prior owner Kyle Manion, Aubrey, Texas.

“The buying or selling of Im Countin Checks never came up,” Manion recalled. “The next day, they called me, actually Jim Ware [a longtime horse sales expert and consultant] called me for them, and asked if I’d consider selling Im Countin Checks. They really liked the foals, and that got them to thinking about him.”

Pearce confirmed she and Youngblood’s game plan changed after the visit. “Penny and I both just went bonkers over those ‘Checkers’ [Im Countin Check’s nickname] babies out of those Smoooth As A Cat mares. They were just so special looking. The wheels started turning in our heads. All of the foals were very consistent in confirmation and the way they were marked. They were awesome.”

Im Countin Checks is the first high-profile cutting stallion the ranch has bought. “Checkers” first full foal crop features many 3-year-olds that will compete at this year’s NCHA Futurity and other late summer to mid-fall futurities, and “there are some outstanding ones out there,” Manion said. Circle Y Ranch, which owns a couple of young prospects in training, but currently no competing cutters, might consider buying a 3-year-old this year, Pearce said.

Since Boon San Kitty, mother of 2009 NCHA Futurity Open Champion Rockin W, and her full sister RW Sallycat are both High Brow Cat mares, Im Countin Checks provides an outstanding breeding cross, Manion said. He’s also glad to see one of he and Kyle’s favorite horses relocate to a home where he’ll have a shot to excel.

“He’s just been a really exciting horse for us,” Manion said. “They [Youngblood, Pearce and the Circle Y crew] are wonderful people. They are really excited about getting more involved in the cutting business than they had been.”

Youngblood, owner/manager of Circle Y Ranch, heads a program her late father, J. Lee Youngblood, started in 1979, and it had focused more on raising and training reined cow horses until recently. Youngblood, 69, and Pearce, 57, decided to invest more heavily in cutting horses largely because both want to compete as cutters. Both plan to compete at cutting events in the near future, Pearce said.